Follower as leader: the alternative model of leadership for a world in crisis, by Fabian Dattner

As Homeward Bound founder Fabian Dattner departs for Argentina to join the second cohort’s Antarctic voyage, she reflects on the milestones and evolution of the project and the critical leadership role of the first follower in building momentum for any initiative.

I woke up startled. It was October 2014 and through the quiet, pale light of dawn, in Eltham, Victoria, I held a visceral vision of Antarctica. I could see it, taste it, touch it – monochromatic majesty.

I saw women, many ages, all scientists; the quiet hum of their conversations stayed with me into wakefulness. I knew what we were doing and why. I had dreamed of the banner with the words ‘Homeward Bound’; I knew it was the name of the program we were delivering. I had seen  a film crew and knew we were making a documentary: an interrogation into the practice of leadership in our world, and how it needed to change.

That was the dream and perhaps, in my first few minutes, lying in bed, before the birds woke me up, the cat rubbed her nose against my cheek and my alarm went off, it seemed real, possible.

So, I went to work with this magical dream dancing around my head. I sat at my desk pondering its clarity. Then I did something that changed my life forever, and the lives of many other people. I picked up the phone!

“Morning Jess, have you got a moment?”

Dr Jess Melbourne-Thomas was 30 years old, a dreadlocked marine ecologist based in Hobart, Tasmania. She had completed one of our women’s programs two years prior; she and I had just clicked.

“Last night I had an amazing dream…”

I told Jess the dream and asked her, “Do you think this has legs?”

Roll the drum, because this is the big moment a global initiative was born. Jess said what I consider to be fated words: “Yes, I think it does. Why don’t you try writing it down?”

Neither Jess nor I thought at the time we were doing anything other than exploring taking a boatload of women to Antarctica – one boat, 45 women and a leadership program. But, as is the way with ideas that are of the time – with purpose that speaks to many – the right idea with the right people at the right time became a wave that gathered momentum around the world over the next two years.

Jess was the critical first follower. Just as quickly others came on board and to my pleasure, treasured and further moulded the idea as their own. Antarctic scientists and veterans of the coldest continent, Justine Shaw and Mary-Anne Lea bridged the gap left when Jess stepped away. The visibility team, Julia May and Sarah Anderson, expanded the vision of Homeward Bound to include a crucial communications focus for the women scientists. British strategy expert Kit Jackson brought order where social vision had dominated, and Marshall Cowley brought design and leadership expertise. Together we co-created the first Homeward Bound experience. I held the vision, worked my butt off (as did we all) and took some financial risks, but without these first followers Homeward Bound never could have come to life.

The entrepreneur Derek Siver coined the phrase “first follower” as a crucial leadership characteristic in his wonderful TED talk from 2010. He screens a handheld video, taken at a music festival, which shows one shirtless man dancing like a lunatic on the side of the hill. Others sit around, bemused, ignoring him mostly, until a second dancer joins him. The leader embraces him as an equal, and the first follower calls to his friends to join in. As Sivers says, “If the leader is the flint, the first follower is the spark that makes the fire.” Within a few minutes the entire crowd is dancing on the side of a hill; the first dancer isn’t even visible.

That video encapsulates Homeward Bound beautifully. The initiative is not about me, the first dancer on the hill. It’s about the people who have joined, added to it, improved it and led it in different ways. The first cohort of women in 2016 led by taking a leap on what was, effectively, an audacious experiment. As with any pilot program there are many variables to consider, and it doesn’t always run perfectly; though as our #HBStories campaign is showing, for many women in our first program, their hopes were fulfilled and they are growing in skill, courage and influence.

In any ambitious project, the impact is made by turning around and trying again. Analysing what happened last time around; bringing in new skills, new methods and a mountain of hard work to see it through. This is what the peer-review in 2017 of Homeward Bound by those first 76 women in STEMM provided: a level of improvement that no individual could have conceived of in their wildest imaginings.

We, as a leadership team, listened to what they thought we should do more of and, importantly, what should change to make the program better; in many ways quite dramatically. Numerous alumnae have joined the leadership team, bringing important feedback and a broader perspective of what women in science seek from Homeward Bound; as well as expertise in areas the project needed: resilience-building, change-management, science communications, emergent leadership, recruitment, gender research and psychological safety, among them. We are so grateful for those who chose to engage so kindly and so constructively, bringing their care and many hundreds of hours of work to make the program successful and enduring. It’s what the world needs desperately: those who will step forward courageously and build a fledgling enterprise up, not tear it down. There will always be those who will criticise and blame for mis-steps. We hear them, undefended; we seek to engage, but if we can’t find common ground, wish them well. 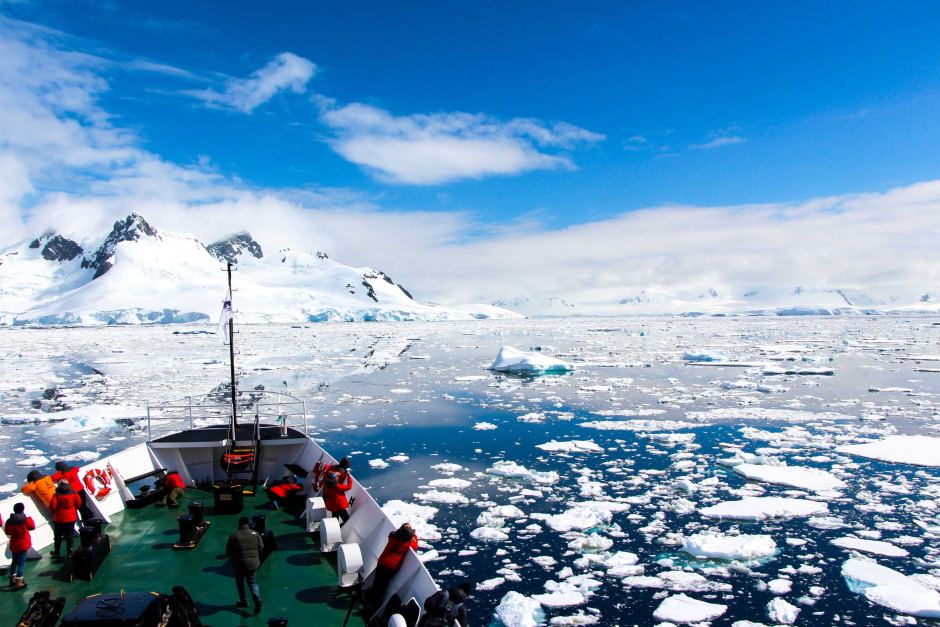 In eight days, the second cohort of women leaves for Antarctica. They have been working together since February 2017; the voyage is the culmination of a program that has given them, in many instances, life-changing insights into themselves; self-awareness in abundance. It’s helped them think strategically about their life, work and visibility. They are bonding with one another and sharing their stories in ways that bring vulnerability and courage to new levels. They are the key beneficiaries of the insights, lessons and collaboration of all the women who preceded them; they are the first followers who are taking Homeward Bound from being a one-off experiment to a scalable, global initiative that we hope will run for 10 years – if not more, and bring deep and lasting change to these women’s work and lives, and to the parts of the world they seek to influence.

Two weeks ago we announced the third cohort, who are starting their year-long leadership journey just in time to wave off the second. And so we have a crowd of nearly 250 crazy-dancing women in STEMM who might just change the future of the beautiful blue planet we stand on.

There is always room for more followers; those who are leaders in their own right. We need and want the voices of men and women both within science and outside of it; of government and business, of other non-profits, to guide and sustain this project. To partner with us, hold the vision with us and work to common cause in ways that we haven’t even thought of yet. The more followers we have, the closer we get to actually affecting the kind of change the world so urgently needs. So come and dance with us: be a virtual passenger on the voyage in February through our digital and social media journey. Send messages of support to the women and the leadership team. Spread the word; support a woman or women whose lives might be changed by knowing about Homeward Bound or joining the next cohort. Talk to us about how we can help you; help one another.

It’s difficult to explain to those who haven’t experienced Homeward Bound from the inside how it works, but it feels to me like a forerunner of the kind of leadership that might be possible in a world that’s being brought to the brink in every possible way. There is a unique power that is borne from having no hierarchy; from sharing common cause, with common values in a space where people are trusted to work both autonomously and together as they need to, to serve the overarching vision and intention of the initiative. Where love prevails over harsh judgement and a greater mission presides over personal gain. It’s not perfect; nothing is. But it’s as exhilarating and uplifting as dancing in the sun, on the side of a hill, with a big crowd around you.

Fabian Dattner is the co-founder of Homeward Bound. Read more about Fabian on the Leadership page.