The Homeward Bound stratosphere exploded with excitement when Nicole Webster, a participant of the inaugural leadership program in 2016, was announced as the new chief scientist of the Australian Antarctic Division.

With a PhD in Marine Microbiology and ecology, Nicole took up her new position in May 2021 after 20 years as senior principal research scientist at the Australian Institute of Marine Science, and five years as a research fellow at Australian Centre for Ecogenomics.

“This role was something that I had always dreamed of being able to do. It’s ironic that about a year or two ago, I had a good colleague who was leaving a to take on a senior leadership role, and she said, what does the future look like for you? Gwen Fenton, who was the chief scientist at the time, had just stepped down and I thought ‘what a wonderful role that would be’.

“Then I just completely took my eyes off the ball and 15 months went by, and someone contacted me out of the blue and said, applications are due tomorrow, but we really would like you to apply. So it went from not even being on my radar to being a reality within three months.”

“I try not to let that the fact that it’s a leadership role rather than a research role influence how I approach things. I try to use the same sets of skills and be true to myself in how I approach it, and I think people are fairly responsive to that.”

“If I reflect on my time with Homeward Bound, I think probably one of the biggest take homes for me was just this eye-opening exposure to some of the challenges that my female colleagues had faced throughout their careers.

“I was coming from a very privileged position in that I had unequivocally been supported from a very early career researcher right through to becoming a senior research career scientist. I had had support from both men and women at all stages.

“And while I knew that I was privileged, I didn’t have a very good appreciation of how different that was to most other people’s experience, particularly as women in science. And so that first Homeward Bound voyage really opened my eyes to that.”

Nicole says the tangible support she received from mentors throughout her career, such as having a research position backfilled with a technician role while on maternity leave, allowed her to progress the science and meant she didn’t have gaps in her career, which a lot of women experience when they take time out for parenting.

“Do we need more women in leadership roles, particularly inside science, where face almost unprecedented complexity in the challenges and the urgency that we need to find solutions to those really wicked problems? Absolutely, we do. When I when I reflect on this, the conversation is broader than just gender. It’s about diversity. Actually, having those different perspectives and styles and experiences situated around the leadership table generates the best outcomes for science, but also for all other aspects of society.”

That diversity is key for working out innovative solutions to the biggest problems facing the planet right now.

“Climate change is absolutely critical to our future, getting carbon emissions under control and finding solutions so we can protect the future of the planet. It’s one of the driving forces that made me finally take the leap from being researcher myself.

“Taking on this role and being able to play a much bigger part in shaping the science that’s informing how we how our planet is responding to climate change, and what the consequences of that change are, for Australia and for the planet, was a major driver in leaving behind my research career and trying to take on this role in science leadership.

“I think, while climate change is probably the biggest environmental problem facing our planet, society is also at an unprecedented point of divisiveness. And you see that playing out in so many social issues, the inability to do that active listening and to keep an open mind.”

Take on board all the advice that’s out there but be pragmatic and choose what works for you.

“For me, that was probably about being brave. I think that in leadership, you must be brave; you make a lot of decisions and that can be terrifying – particularly for scientists that are trained to gather all the information to be able to make a really informed decision.”

“If you listen you can really understand the challenges that everybody’s facing, and then see the opportunities that are presented from active listening.”

“Relationships are always central to being able to progress your agenda So, treat people with respect and trying to build relationships based on mutual understanding.”

“Really know what it is that you want to say, and the most effective way to package that up so that people can really understand it.” 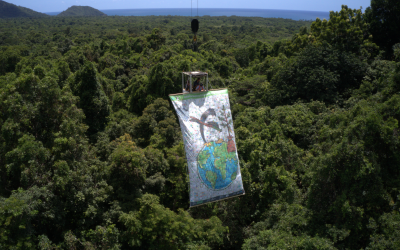 A giant banner of drawings by over 2500 children from around the world, including 1,891 Australian kids, will go on display this week at COP26 in Glasgow.

END_OF_DOCUMENT_TOKEN_TO_BE_REPLACED 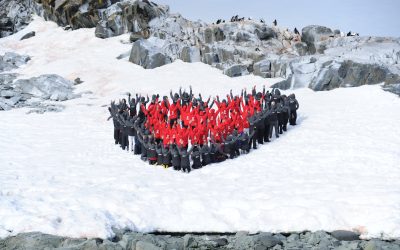 The COP26 summit in Glasgow runs from 31 October until 1 November 2021, brining together governments and other parties from around the world to accelerate action towards the goals of the Paris Agreement and the UN Framework Convention on Climate Change.

END_OF_DOCUMENT_TOKEN_TO_BE_REPLACED 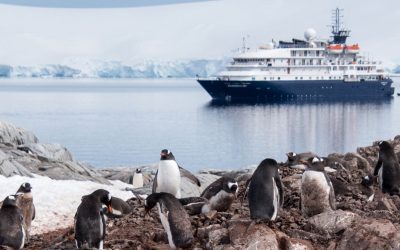 Antarctica is running out of time: Homeward Bound collaboration calls for new MPA

AntarcticaNOW is an international group of women in Science, Technology, Engineering, Maths and Medicine (STEMM) with disciplinary fields ranging from Antarctic research to conservation biology and public policy. It was founded by members of #TeamHB4, during the world’s largest ever all-woman expedition to Antarctica in 2019.  AntarcticaNOW members are united by a single cause: protecting the spectacular biodiversity of Antarctica.