Why women’s visibility is a central pillar of Homeward Bound 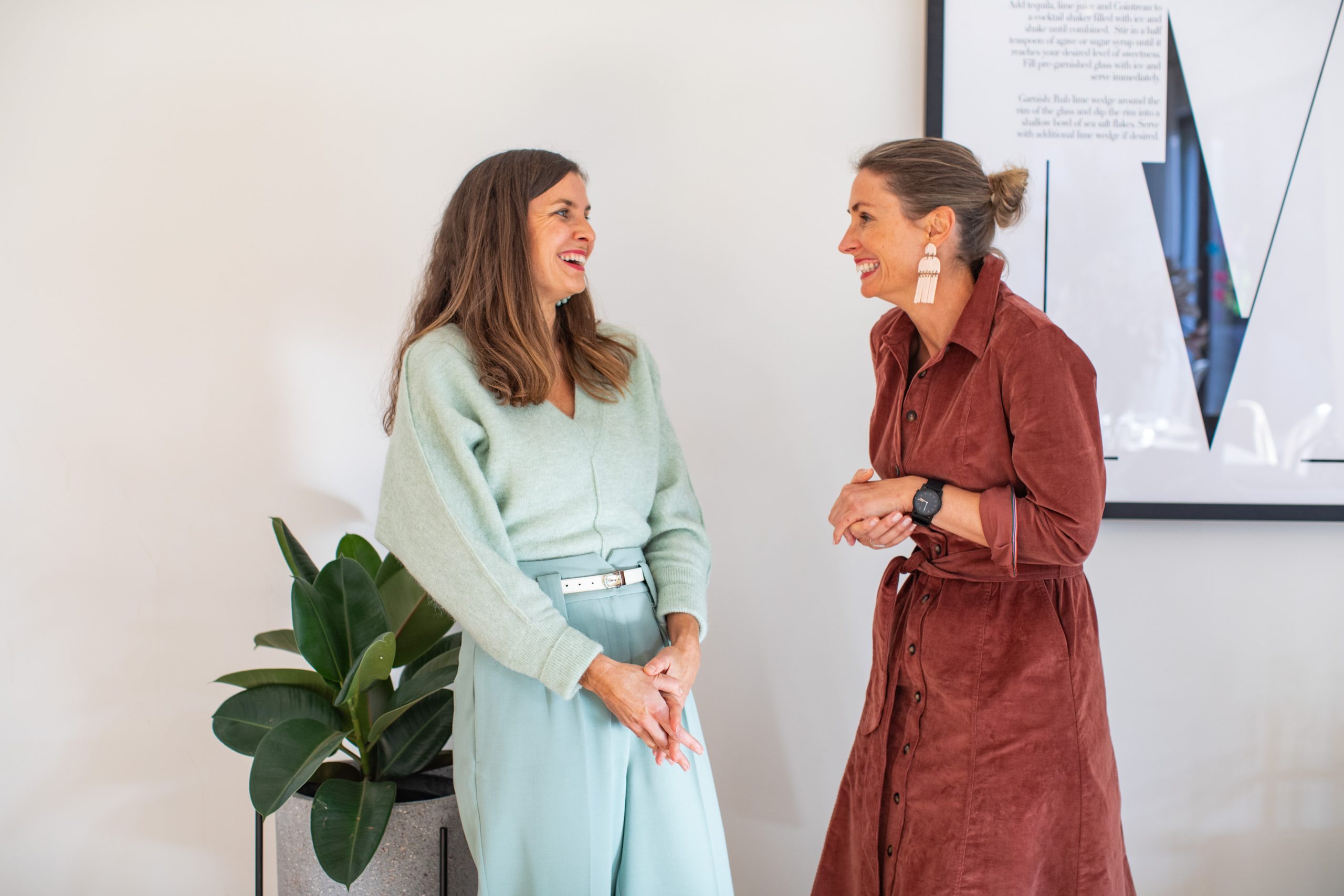 You can give women leaders the best training in leadership, strategy and science, but if they don’t know how to make themselves seen and their real capability remains invisible, then all that potential might go to waste. And we simply don’t have time for that to happen.

This was the proposition Sarah Anderson and Julia May put to Homeward Bound co-founder and CEO, Fabian Dattner, when Homeward Bound was first conceived, as they recommended including Visibility stream in the inaugural program design … a proposal that was accepted and saw Visibility integrated as a founding component of the curriculum.

When you ask Julia and Sarah what drives them, they are both clear: in the future, when their children are grown and turn to them and say, “What did you do to help?” they’ll be able to answer honestly and truthfully, “Everything we possibly could.”

Julia and Sarah say their six-year involvement in Homeward Bound is a big contributor to that “everything we possibly could”. As founding leaders of this initiative they’ve been a core part of HB’s development since its inception, donating tens of thousands of hours to co-create the strategy, lead strategic communications, and co-found and deliver the Visibility stream of the program.

As social-impact strategists and facilitators, Julia and Sarah bring decades of experience in leadership, strategy, media, communications, social and digital transformation and advising senior leaders on visibility and reputation-management.

In Sarah’s case, as a communications strategist who led international teams and advised global leaders, she saw and experienced how difficult it was to include and elevate women’s voices in key spheres of decision-making. “Every day, I saw women’s invisibility everywhere: in government and corporate through to small business and non-profit contexts, it was clear to me that the ways we were taught and conditioned to communicate and make ourselves visible personally and professionally made women leaders feel inauthentic, compartmentalised, fake, self-promoting, and compromised. As a result, I saw women remaining invisible throughout the workplace, by choice and by force.

“I knew there was another way: that providing a combination of strategic influencing, raw skills development, mindset shifts and spaces for women to share their experiences could be a key that unlocked their leadership and helped to shift the systems that held them back. After testing this with high-potential women leaders, we found it to be true. Visibility done differently elevates women’s leadership.”

You can give women leaders the best training in leadership, strategy and science, but if they don’t know how to make themselves seen and their real capability remains invisible, then all that potential might go to waste. And we simply don’t have time for that to happen.

Julia is a former journalist who covered business, politics and social affairs in Australia and Europe, including five years as a London correspondent for The Age and Sydney Morning Herald. Working across TV, radio, broadsheet and newswires, she covered everything from national elections to the London riots to the 2009 Royal Wedding; she led investigations and profiled artists, activists, scientists, victims of crime, entrepreneurs and internationally-renowned social change leaders. Across all realms, Julia saw two critical commonalities: the dearth of women in positions of influence, and the incredible power of stories to change systems.

The birth of her first child led to a cathartic decision to retrain in leadership development: rather than interview the same old leaders in the same old positions of power, she wanted to get behind and propel forward a new breed of leadership into the world.

“A major turning point for me was watching an accomplished, high-profile and really kind woman leader turn to water as she stood up to speak to a room full of people. As I watched the blush run up her neck, I could see the panic in her eyes and it was obvious to the whole room of people that she was doubting her own capability and her worthiness to be there, which all got in the way of her being able to speak, and therefore influence, as she needed to. In that moment I realised that the leaders we need are out there, but they’re invisible. Often they don’t see themselves for what they truly are, and the world can’t see them. I knew I had to do something about it.”

So when the founding faculty began to plan out the key focuses of the program, Julia and Sarah saw immediately that if Homeward Bound didn’t put a focus on supporting women in STEMM with the mindset and skills to be strategically visible and to build influence, there was a risk that their impact wouldn’t be fully realised. Sarah and Julia offered to lead the Visibility stream, and 12 months later, Julia was delivering the custom-made Visibility program on a ship in Antarctica with the extraordinary women of HB1: what she calls “the most audacious act of visibility (and vulnerability) in my life and leadership.”

The following year Sarah followed suit, as onboard visibility facilitator and coach for HB2, having left her baby son behind in Australia. Sarah and Julia went on to co-design and deliver HB3, HB4 and HB5, recruiting a diverse and transdisciplinary team of co-facilitators and science communicators that, they’re proud to say, includes 14 HB alumnae from nine countries.

The methodology at the heart of the Visibility stream, and Sarah and Julia’s company Visibility Co, draws on evidence-based principles of psychology, human-centred design, strategic communications, leadership development and systems thinking. It’s based on Three Pillars of Visibility: visibility to self, visibility to others and visibility for collective impact.

The Homeward Bound Visibility program focuses mostly on the second pillar, Visibility to Others, and works in concert with the Leadership, Science and Strategy streams.

In their day-to-day practice at Visibility Co, Julia and Sarah’s work is incredibly diverse and sits at the intersection of communications, strategy and leadership: ranging from running Visibility programs and masterminds for both men women; advising CEOs and executive teams on future-focused leadership, communications and strategy; working 1:1 with high-potential leaders, supporting their self-awareness and strategic visibility; and developing communications and social impact strategies. They are also on the founding faculty of WE Africa, a new movement supporting African women in leadership, co-founded by HB3 alumna, Colleen Begg. Over the past five years they’ve worked with more than 2,000 leaders from more than 50 countries, with a focus on supporting women into greater visibility, not just for gender equality’s sake, but because they believe that by having more women-identifying people in leadership, the outcomes and environments will be better for everyone, leading to the systemic change our world needs right now.

Visibility Co’s purpose is “elevate others, to elevate others” – so every client and project they work with and on must have the intention to contribute purposefully and positively, and to raise others along the way. Hence why Homeward Bound, and its network of extraordinary women in STEMM, has formed such an important part of Sarah and Julia’s pledge to their children to do everything they possibly can.