A giant banner of drawings by over 2500 children from around the world, including 1,891 Australian kids, will go on display this week at COP26 in Glasgow.

Homeward Bound alumnae and Australian-based research scientist Dr Marji Puotinen’s initiative, #kidscareaboutclimatechange, ran a global competition earlier this year inviting children to contribute pictures showing what they love most about trees and their ability to cool the earth.

A montage of the 2,629 colourful entries from children in 33 nations and 213 schools have been printed on two giant 7m x 4m banners – one will be displayed at the “Women across the world tackling Climate Change” event hosted by Homeward Bound alumnae and Scottish Greens MP Lorna Slater on 9 November (event details below) – the other banner is currently touring Australia.

“These kids have a clear message for world leaders, and we want to make sure they pay attention by taking this banner around the world to the forests, a key natural carbon capture sink, in those parts of our planet that we most need to protect,” says Dr Puotinen.

“We aim to show kids that if we all work together, many small actions can add up to big changes.”

The Australian banner was in far north Queensland last week, visiting 400 kids at four schools (Magnetic Island State School -Townsville; Trinity Anglican School at Kewarra Beach, Redlynch State College, and Whitfield State School – all in Cairns).  It was filmed in the Atherton Tablelands in Davies National Park, on Magnetic Island, amidst the mangroves at Kewarra Beach in Cairns, and flying high above the Daintree World Heritage rainforest (video footage link below).

The banner has already visited schools in Perth and will make its way to schools and significant forest locations around Australia in coming months as COVID permits.

“These kids will be overjoyed to hear news that world leaders at COP26 have already agreed to end deforestation by 2030.

“They know that the 2,629 trees that were planted by our partner organisation 15Trees.com.au  – one for each of their drawings – will help make the Earth a cooler, greener, healthier place for them to live,” she says.

Dr Puotinen will join the Glasgow event next week via video to present footage of the banner on its travels around Australia to COP26 delegates in the ‘green zone’ and contribute to the discussion with Ms Slater and other Homeward Bound climate leaders.

The UK banner will then tour forests in Scotland, before travelling to Singapore and Pakistan and beyond.

“We all need to make a stand – including YOU – to help cool the Earth,” says Eden, a year 5 student from far north Queensland.

“I need a safe Earth to live on, so that I can survive,” says Daniel [9] from Perth, Western Australia. 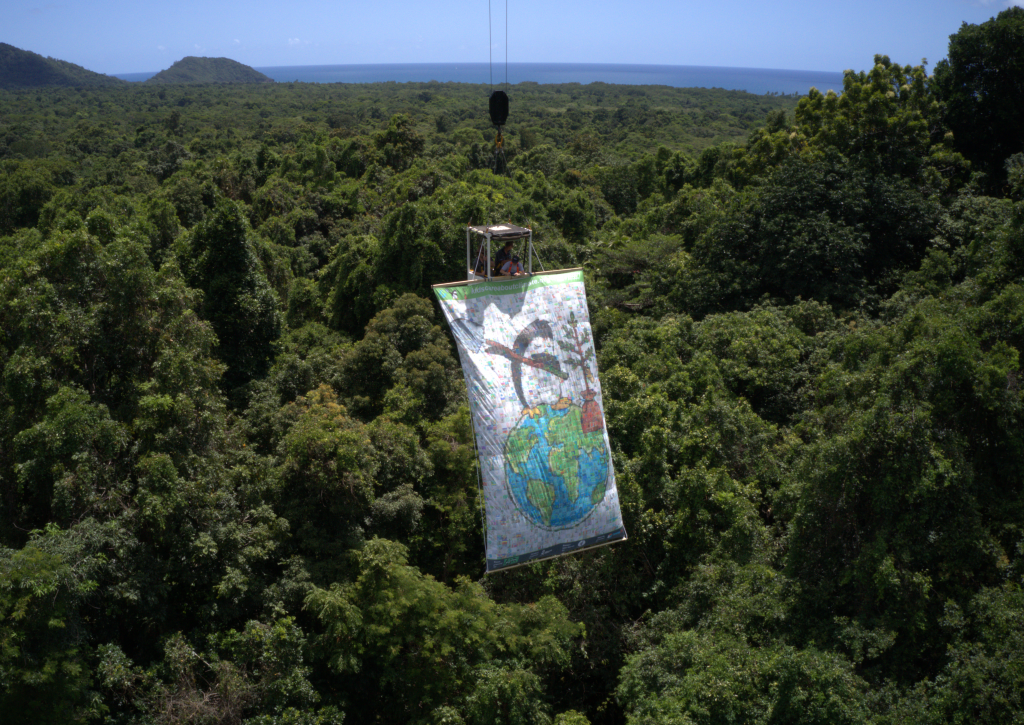