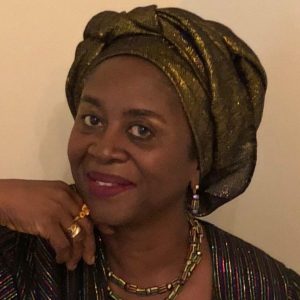 H.E. Abena P. A. Busia, is Professor in the Departments of English and Women’s & Gender Studies at Rutgers University, a published poet, and a diplomat currently serving as Ghana’s Ambassador to Brazil. She has published widely, lectured extensively, and taught workshops and master-classes for UNESCO and other bodies on curriculum transformation for gender, race, and African-Diaspora Studies. She is the recipient of numerous fellowships and awards from organizations such as the Ford and Rockefeller Foundations, including the RU President’s Award for Distinguished Public Service. She is also Founding Board member of several international organizations including the Center for Women’s Global Leadership, The African Women’s Development Fund [AWDF] and AWDF-USA for which she served as Executive Chair. She is also one of the three Project co-directors and series editors of the award winning four volume Women Writing Africa project, published by the Feminist Press 2002-2008.