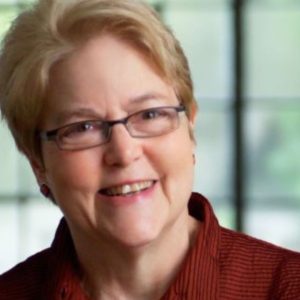 Charlotte Bunch, Founding Director and Senior Scholar, Center for Women’s Global Leadership (CWGL), Rutgers University, has been an activist, writer and organizer in feminist, LGBT, and human rights movements for 5 decades.  A Distinguished Professor in Women’s and Gender Studies, Bunch was previously a Fellow at the Institute for Policy Studies in DC.  She has served on the boards of many civil society organizations and is currently on the Board of the Urgent Action Fund for Women’s Human Rights.
Charlotte has led many civil society efforts at the UN, including the Global Campaign for women’s rights as human rights, organizing feminist activities at the UN World Conferences for Women from 1975-95, and advocating for the creation of UN Women.  Her awards include the US National Women’s Hall of Fame, White House Eleanor Roosevelt Award for Human Rights, and being one the “1000 Women Peace Makers” nominated for the Nobel Peace Prize.  She has written numerous influential essays, edited nine anthologies and authored Passionate Politics: Feminist Theory in Action and Demanding Accountability: The Global Campaign and Vienna Tribunal for Women’s Human Rights.